The Alpha wetsuit tested by Maxime Fluri, member of the national triathlon team 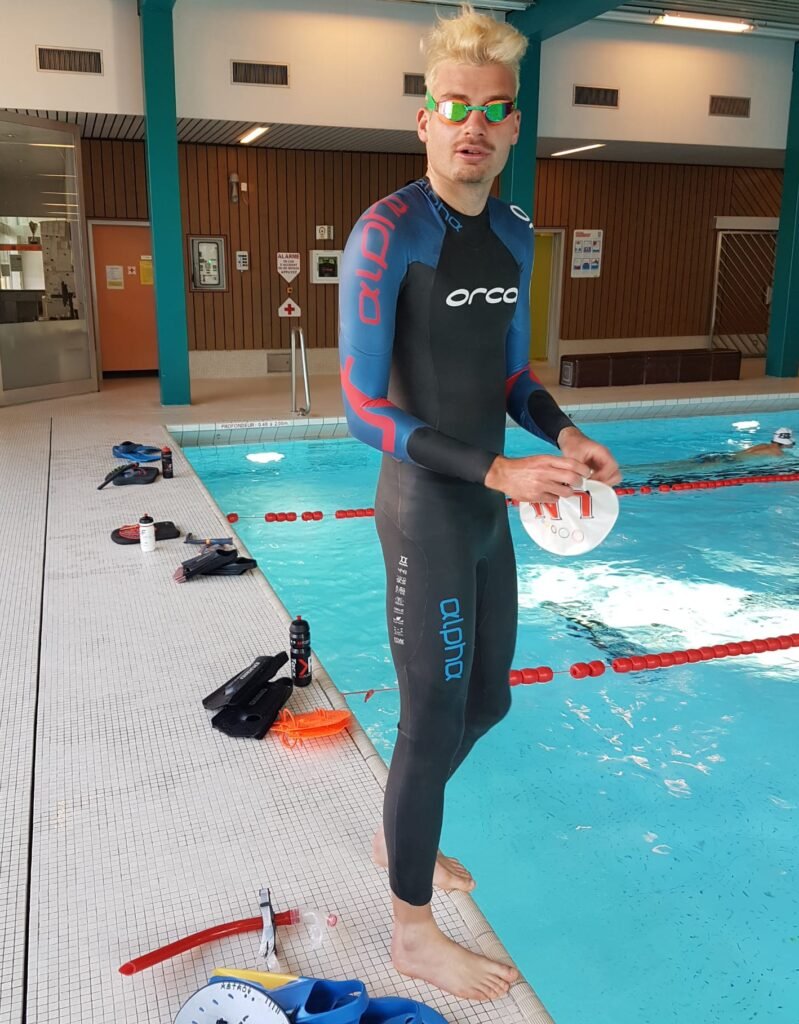 Maxime, can you introduce yourself?

What are the most important elements you take into account when choosing a neoprene suit?

The most important element for me when choosing a neoprene suit is that I feel comfortable while swimming. The idea is to have a better buoyancy and an optimal penetration in the water while keeping my usual swimming technique.

The quality of the neoprene is also particularly important. On the one hand, the wetsuit must be strong enough because I don’t spare it in the changing area when I have to take it off. On the other hand, it has to slide quickly over my body to be able to make the best possible swim-bike transitions.

You tested the alpha and the predator and you opted for a Orca alpha, why?

I chose the alpha model because I was impressed by the freedom of movement in the shoulders that the suit offers. With my old neoprene suit, I felt some muscle pain in my shoulders. I think that the wetsuit made me change my swimming technique which is not the case with the alpha.

Finally, when I tested the predator, I had more trouble placing my strokes. I had the impression of floating too much, contrary to the Alpha model with which I find support on my feet.
In summary, the Alpha model allows me to swim faster while having the same feeling as in a swimsuit.

What are your goals for the coming season?

I’m aiming for a podium at the Swiss Elite Championships, Top 10 finishes in the European Cup, and a Top 15 at the U23 World Championships.

Thank you Maxime and we wish you all the best for the 2021 season.